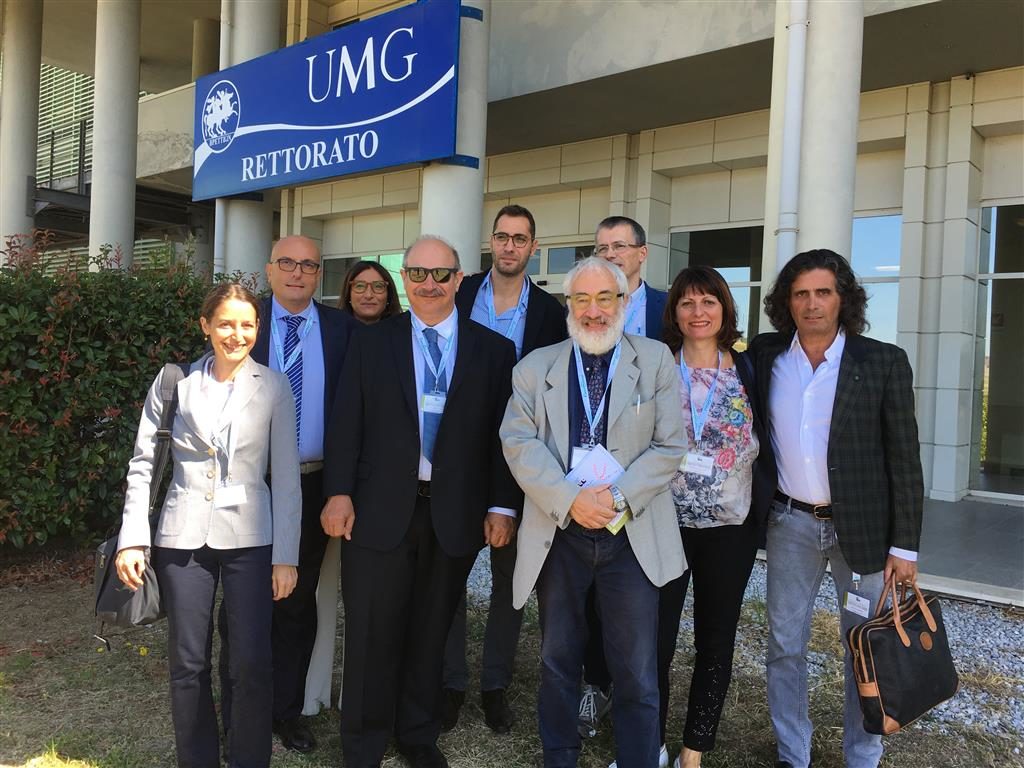 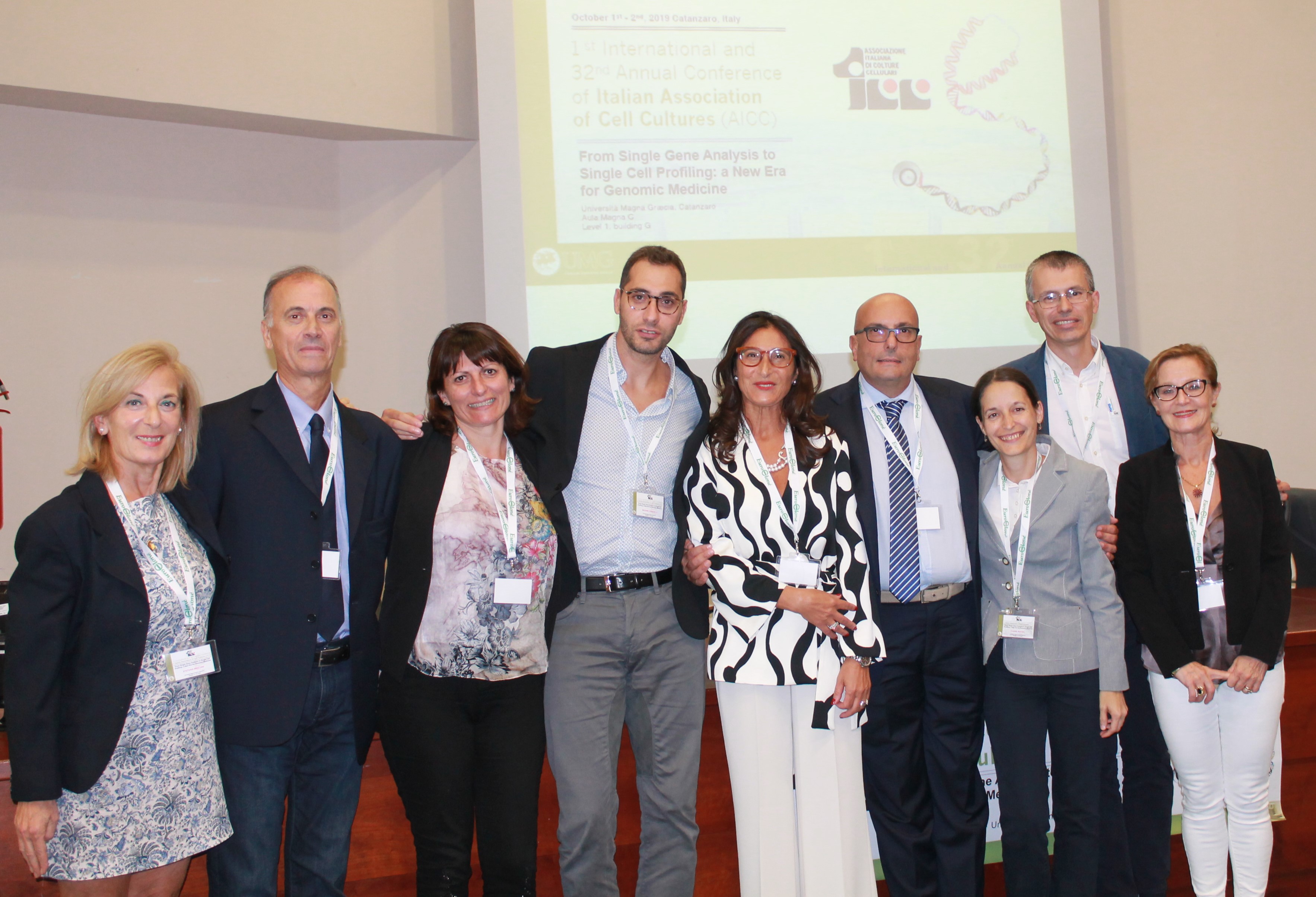 The Magna Graecia University Campus in Catanzaro has recently hosted the 1st  International and 32nd  Annual Conference of the Italian Association of Cell Culture. More than 150 scientists from all over the country attended the meeting, making the conference a real success.

The topic chosen by AICC for this 32nd Annual Conference, “From Single Gene Analysis to Single Cell Profiling: a New Era for Genomic Medicine”, was widely explored by all the speakers, who included both internationally-recognized Italian scientists from European and American institutes.

Throughout the conference, the current panorama of the platforms for personalization of therapy has been described; particularly, it was discussed how to match technological solutions to clinical needs.

2011 Nobel Prize winner, Professor Bruce Alan Beutler, opened the conference presenting a platform of his own devising to identify mutations responsible for any disease phenotype. Distinguished lectures have been held by Professor Michele Carbone, director of the Honolulu Cancer Center, Hawaii, USA, who described his pivotal results on mesothelioma, a pleural tumor often associated to asbestos exposure, and the molecular mechanisms behind it; Professor Gerry Melino, a renowned expert in the field of genetic basis of tumor cell resistance to treatments who described the role of new p53-family protein-associated nuclear factors in the protection from DNA damage; and Professor Francesco Marincola, scientific director of Refuge Biotech, who described his data on CAR-T cell therapy, a recently emerging therapeutic approach to malignancies, and its possible application not only to hematologic tumors but also to certain types of solid malignancies.

The conference was organized into four scientific sessions, with the aim of looking into the current scenario of personalized medicine from bench to bedside. More in detail, the first session has been opened by Professor Giuseppe Novelli, chancellor of the University “Tor Vergata” in Rome, who described the opportunity to use molecular information on tumor cells to tailor treatment, and the consequent development of new technologies for both the discovery and the use of biomarkers in the diagnosis and monitoring of disease progression and treatment response. The second session dealt with the impact of novel single cell analysis studies on the discovery of disease biomarkers and therapeutic targets. Outstanding researchers, such as Professors Renato Ostuni and Alice Giustacchini presented their recent and yet unpublished data regarding integration of anti- and pro-inflammatory signals by macrophages, and transcriptomic signatures of leukemic stem cells resistant to therapy, respectively. During the third session, Doctor Andrea Mafficini, Professors Javier De Las Rivas and Giovanni Tonon dissected the genomic landscape of different tumors and analyzed models for patient stratification and personalized profiling. The last session was focused on the most recent advances of cancer immunotherapy with the description of the original and appealing data produced by the groups of Professors Luigi Buonaguro, Pierpaolo Correale and Sabrina Arena.

The two technological sessions addressed the latest news in terms of high-tech instruments and their application in precision medicine, the development of high throughput platforms for OMICS sciences, biomarkers discovery and design of innovative therapeutic approaches. 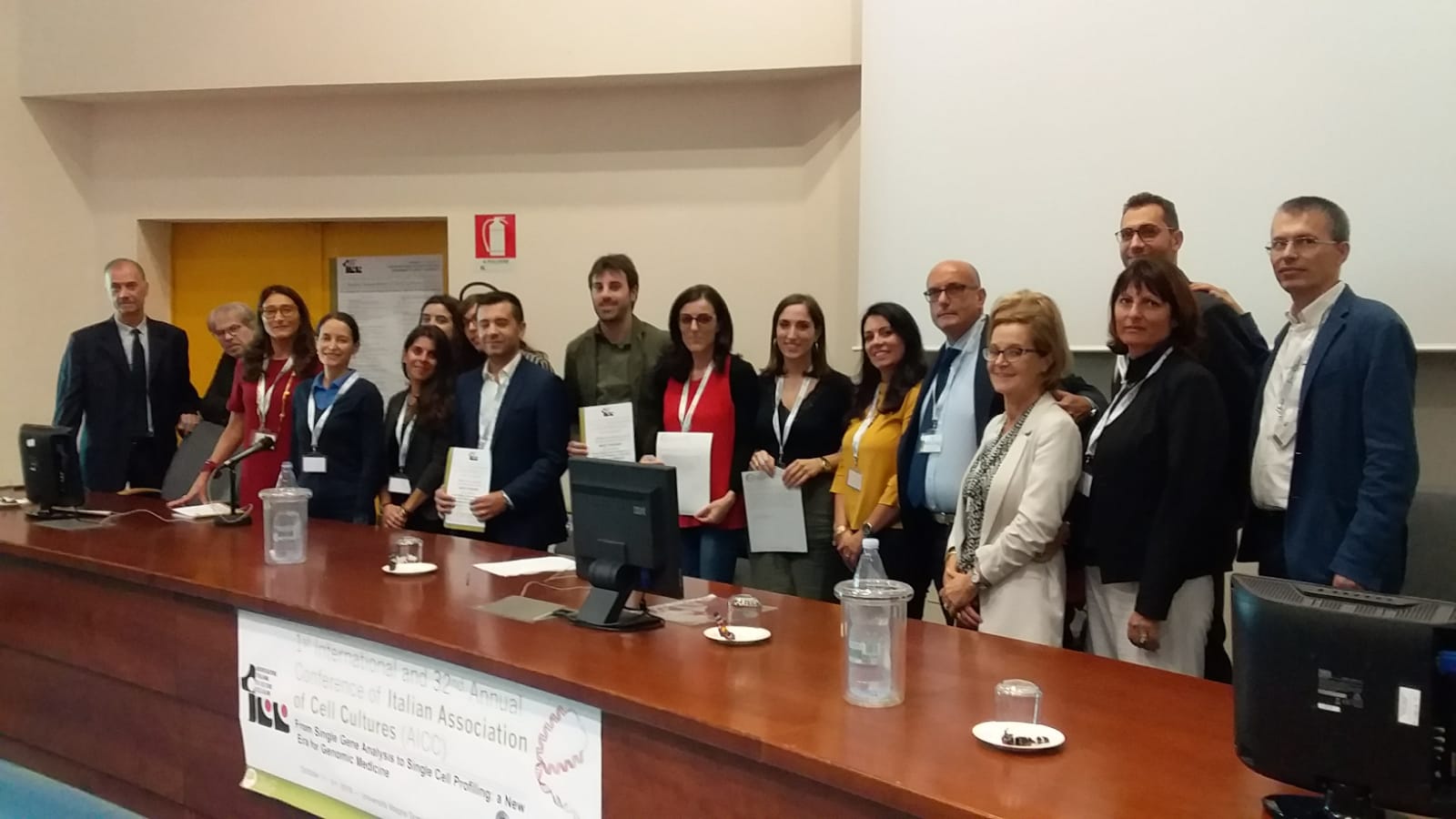 AICC awarded 4 prizes among the 60 young researchers who presented their original work at the conference: Dr. Concetta D’Ambrosio, from IRCCS Candiolo Cancer Institute, Dr. Damiano Rigiracciolo from Università della Calabria, Dr. Angela Lombardi from University of Campania ”L.Vanvitelli”, and Dr. Daniele Caracciolo, from Catanzaro Magna Graecia University. Two PhD students, Drs. Annamaria Aloisio and Ylenia Montalcini, received an ex aequo award from Professor Giovanni Cuda, director of the PhD program in molecular and translational oncology of Magna Graecia University. The work of Dr. Sara Greco from Rizzoli Orthopedic Institute in Bologna deserved the recognition of the Journal of Experimental and Clinical Cancer Research, while Dr. Ilaria Cosentini from Università di Catania was awarded with Euroclone products by Dr. Franco Martinez to keep on with her work as a researcher.

Special thanks to the AICC Board Direction and the local organizing committee, in particular to Doctors Mariamena Arbitrio, Emanuela Altomare and Francesca Scionti, for their support in the scientific organization of the conference and logistics of the event.